You are here: Home / Travel / France / Prehistory for Kids in the Dordogne – Top Must-Visit Sites 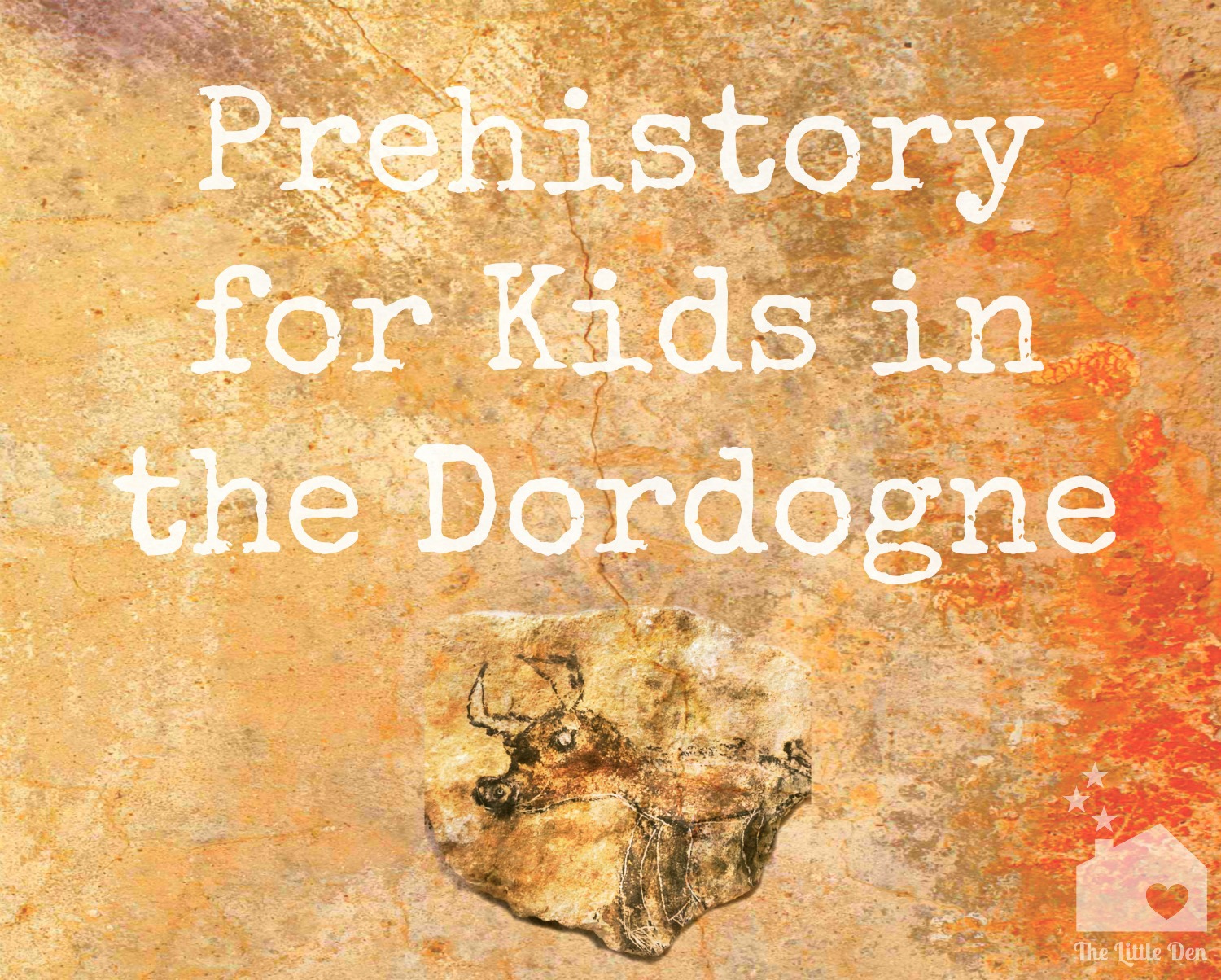 Are you a prehistory afficionado? Would you like to give your children a taste of prehistory? Well you’ve come to the right place! The Dordogne is the cradle of European civilisation and you will be spoilt for choice! Here’s a round-up of the best prehistoric sites to visit with your kids in the Dordogne.

I can’t mention prehistory without talking about the Lascaux caves. They are one of the world’s most visited prehistoric caves. The cave was discovered in 1940 by four boys when their dog fell down a hole in the woods near Montignac. They went to find him and made the incredible discovery – a cave full of animal paintings! As it turned out these paintings dated between 16,000 and 18,000 years of age…! Lascaux II (the replica cave) was opened to the public in the 1980s as the original had to be closed to the public 20 years earlier due to bacteria being brought into the cave by humans.

We went in February, which was a great time to visit as the crowds start to come from April onwards. The guided tour lasted around 30-40 minutes and was well adapted for children. The guide asked all the children to move to the front and they followed the entire visit right behind the guide who engaged them and ensured they could see. The guide explained that only one of the original ‘cave discoverers’ was still alive and that for many years, the four ‘boys’ would take part in a yearly pilgrimage on the anniversary of their discovery and would revisit the cave. They were allowed access to the original cave until the year 2000 and thereafter they too could only visit the replica. They would pick a tour at random and would deliver the guided tour themselves – how amazing would it be to be on that particular tour?!

My 85 year old neighbour told me that she had been lucky enough to visit the original cave about 3 times before it closed to the public and mentioned that the replica resembled the original very closely. She used to cycle the 70kms round trip in a day! We have a lot to learn from our elders!

The caves get incredibly busy during the high season, however, from April 2016 there will be a new online booking system which should alleviate the queuing and will allow visitors to prebook their tickets. The cave is set within lovely woodlands and is a great place for children to run around if you have time to kill. Also, from December 2016, the new Lascaux 4 will be open and will show a replica of the entire cave.

We always recommend this place to our guests with children and it’s a winner every time. It’s a prehistoric park, a 5 minute drive from Les Eyzies, that really brings prehistoric scenes to life – animals, hunting, shelters – showcasing prehistoric man’s everyday life. You follow a walk through the park and finish off by visiting a small farm and farm animals. One of our highlights was visiting cave dwellings that were actually still inhabited in the 1960s! It was fascinating. As the name suggests, this is also a prehistoric park and it is located about 5 minutes away from Les Eyzies, in nearby Tursac. Our two raced from one exhibit to the other! They loved it. It’s fun, it’s playful and there is loads of space for the children to run around. The town of Les Eyzies-de-Tayac (shortened to Les Eyzies), nestled between the Vézère river and the overhanging cliffs, is a very pretty town that is worth a visit in its own right and is also something of a hub for all things relating to Prehistory. Park up in the free car park next to the river and admire the limestone cliffs and the homo sapiens statue which dominate the view of the town. Walk through the village until you reach the Musée National de la Préhistoire – about a 5 min walk from the car park. The museum has developed a small area just for children – our two love spending time there. They can explore a number of activities – playing prehistoric instruments, tracing prehistoric animal shapes, building wooden puzzles, etc. Checking out the kids’ corner

There are also workshops that take place during the (French) school holidays. Miss 6 and Mr 8 recently took part in one and had a blast. The guide spent around 15 minutes taking them around the museum teaching them about the woolly mammoth and the woolly rhino. He really brought the exhibits to life and engaged the children.

The guided tour lasted just long enough to hold the children’s attention and was then followed by some hands on fun. They were taken to a workshop where they created a prehistoric animal of their choice. The workshop was in French and it would be worth checking if there are any workshops in English, although very little French is required for the crafting part. Learning about the woolly rhino

** Top Tip ** Entrance to the museum is free on the first Sunday of the month.

A visit to the International Prehistory Pole, also known as the PIP, complements a visit to the Prehistory Museum nicely and is only a 5 minutes walk from the Museum. Added bonus, it’s FREE! There are a couple of floors, a gift shop and a great library. We love spending time in the library as the children can access lots of books relating to prehistory and there is also free wifi and computer access. How tall am I compared to a Neanderthal man?

We recommend visiting during the (French) school holidays as they provide a dedicated space to children called ‘Le PréhistoLab’. The friendly guide will tell the children about the different activity pods they can explore. You can touch and identify skulls from different time periods – australopithacus, neanderthal, homo sapiens. You’re given prehistoric replica tools (biface) to measure, weigh and trace. There was a smartboard where children can design prehistoric landscapes. The PréhistoLab – match the skull to the correct time period

During the holidays, children can take part in archaelogical digs on set days. Check out their website or email them for further details as prebooking is essential.

These caves are located on the outskirts of Les Eyzies and have been listed as World Heritage with UNESCO since 1979. We have been to these caves on 3 occasions including once when our son was 7 years old. I would recommend going with children ages 7+ as the tour is quite long and involves a fair amount of standing around and listening to the guide.

The caves are original – they contain prehistoric polychrome cave paintings and engravings dating to the Magdalenian period. We had a wonderful tour guide (mustachio’d man who does English guided tours) who brought home to us what a privilege it was to be able to visit these caves. They are still open to the public and you can’t help but wonder for how much longer… The queues are very long in the high season and many people are known to camp out from 7am with their flask of tea and a deck chair! Here are further details on how to buy tickets either in advance or on the day.

Why not get your children interested in the world of prehistory prior to your visit? It will really bring their visit to life and will spark their interest.

Watch a film or cartoon beforehand – for something light-hearted, why not watch the Croods? Or for something more educational, there is plenty of choice on youtube. We watched a documentary on youtube that Mr 8 had watched at school. It’s called ‘A Species Odyssey’ and depicts the origins of mankind from the first hominids to the homo sapiens. It can be watched in several parts and I would add that it is probably more suitable for ages 8+ as some scenes are a little disturbing. Also, there is a clip when the chief dies and the new incumbent chief ‘takes’ the wife. But, hey, my son watched it in class!

You can also buy some great books, workbooks and games in the Sarlat tourist office as well as the tourist site gift shops.

Tip read: Why not adapt this Dordogne Photo Scavenger Hunt to a prehistory themed one?